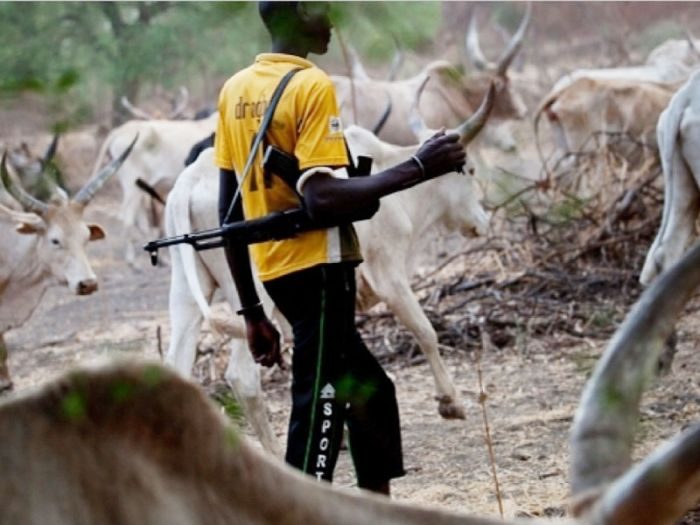 It was gathered that the deceased died on the spot from gun shots on his neck while Udoh was shot in the leg during the attack on their farmlands.

It was further gathered that the herdsmen arrived the community a week ago with large herds of cattle, causing destruction to farm crops in the area.

According to a source, who pleaded anonymity, “The Fulani herdsmen this morning killed one and injured another of our brother right inside their farmlands.

“The herdsmen together with their cattle have been camping in Ndon Eyen for some weeks now, in a
piece of land that our people are currently harvesting cassava.

“When the news of their activities in the farm got to the villagers, some of us rushed to our farm lands to inquire what was going on, the two victims got to the scene before we arrived and we saw one dead and another seriously injured, and struggling with gunshots.”

The Police Public Relations Officer in the state, Odiko Macdon, who confirmed the incident, said the Commissioner of Police, Zaki Ahmed, has dispatched a team of police officers to investigate the incident.

“We have received the report of the suspected herdsmen attack in Mkpat Enin Local Government Area of the state, and the state commissioner of police has promptly dispatched officers of the command to investigate the incident, As we speak our men are on the ground there already,” he said.

Meanwhile, the member representing Mkpat Enin state constituency in the state House of Assembly, Mr. Victor Ekwere, has commiserated with the people of Ikot Obio Nso community, especially the families whose loved ones were either killed or attacked during the course of the provocative assault.

A statement by his Personal Assistant, Media and Publicity, Mr Victor Ufot said, “the lawmaker had met with respected leaders of the community and urged them not to take laws into their hands as he would team up

with other stakeholders from the Local Government Area and the State Government to bring a lasting solution to the sad incident.”

He therefore called on security agencies in the state to act swiftly in their investigations and bring the perpetrators to book within the shortest possible time.