OMG!! Man Cuts Off Lady’s Finger With Cutlass In Public Fight In Lagos 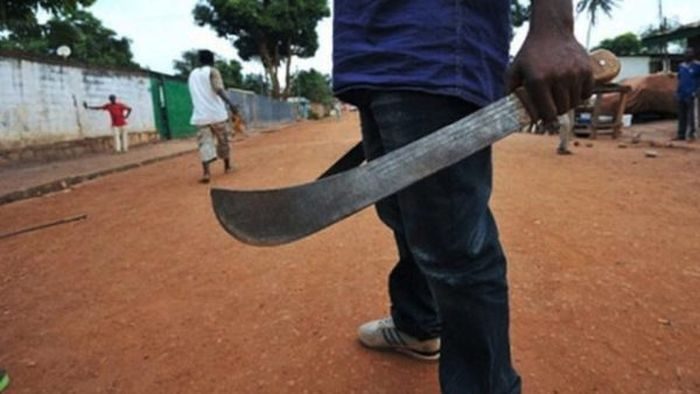 A 29-year old man, Izunna Ezeaka, has landed in trouble after he engaged a lady, Chinalu Okoronkwo, in a public fight and used a cutlass to cut off one of her fingers.

The incident happened at Adewunmi Street in Ejigbo, Lagos, where they reside.

It was gathered that Ezeaka had a quarrel with the lady, Chinalu, over an undisclosed matter. In the process, he went inside his apartment, brought out a cutlass, used it to give her a cut and her left finger fell off.

The victim was rushed to an undisclosed hospital for treatment and the assault was reported to the Police at Ejigbo Division.

The suspect, Ezeaka, was arrested and after interrogation the Police found him culpable. He was later charged before Ejigbo Magistrate Court, where he pleaded not guilty.

The prosecutor, Supol Kenneth Asibor, asked the Court to give a date for hearing to enable the Police to prove that he actually committed the offence.

Thus, the Presiding Magistrate, Mr. T.O. Shomade, granted him bail in the sum of N100,000 with two sureties in like sum.

He was remanded in prison custody pending when he will perfect his bail conditions. The matter was adjourned till 21st August, 2019.